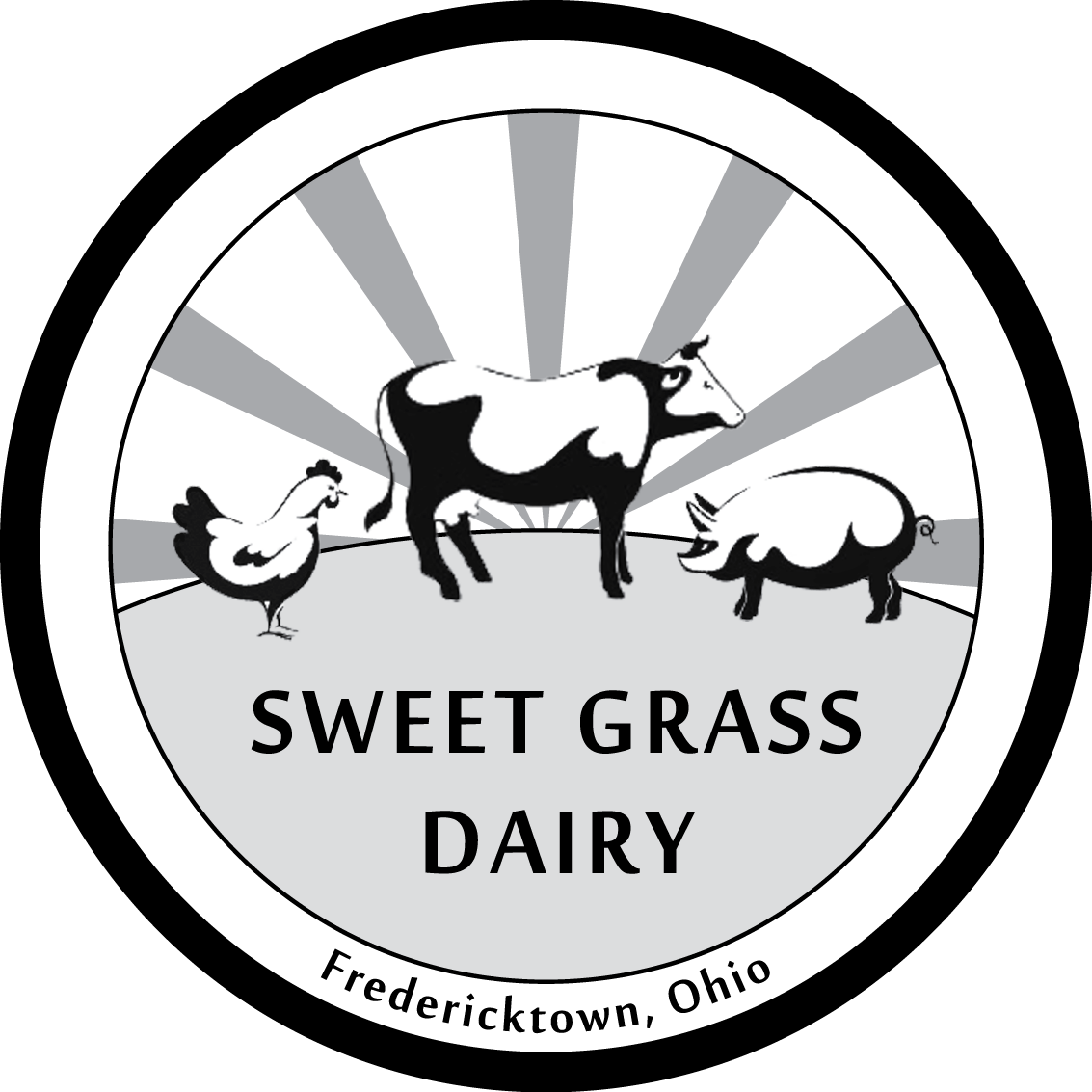 Our farm is located in Fredericktown, Ohio. Less than an hour from downtown Columbus.

Starting our farm was a dream of Jacob's since he was 13. Jacob read a book by Joel Salatin as a young teenager and also started working on a grass based dairy down the road from where he grew up. These experiences grew his knowledge and passion for soil, grass, and cows. At home he grew pastured chickens and the family's grass fed beef. Jacob's dream someday was to operate a grass based farm that direct marketed nutrient dense foods directly to families.

In 2011 Elizabeth & Jacob met through E-harmony and got married in Pennsylvania, Elizabeth's home state. Her family's background was in a conventional dairy farm. Jacob & Elizabeth worked on the family farm for a short time, but Jacob quickly realized that conventional farming was not his dream job.

Thus began the dream of starting their own farm. Elizabeth was a bit skeptical at first, but through many organic farm tours and lots of reading she came around to the understanding of how God's Creation can work without chemicals for the improvement of the soil, animals and people involved. S

o the couple began looking for an opportunity to strike out on their own and live the dream of farming in a regenerative manner. They found that opportunity here in Ohio, and they took the leap to start their own farm the spring of 2013. It has been an exciting adventure that they would not change for the world. We have met and seen so many lives change for the good through what we are doing here on the farm.

Our family hopes to be your